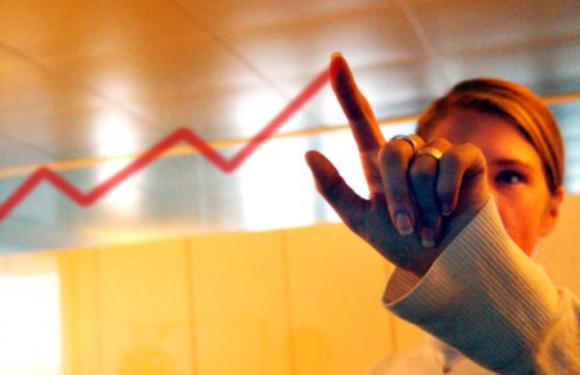 Intra-regional trade in the Caribbean Community (CARICOM) has been positive with significant growth in the early period of the integration movement and with the share of intra-regional to total trade increasing, on average, in the face of exogenous factors.
Despite a dip in 2009, the increase in trade in 2011 was approximately thirty times the amount of US$0.1B in 1973, showing that intra-regional trade has been propelled as a consequence of integration. Trinidad and Tobago has been the Region’s dominant exporter.
The story of trade in the Community was told on Thursday 25 July at the CARICOM Secretariat when the Regional Statistics Programme, in collaboration with the Guyana Bureau of Statistics, held a seminar on the Community’s trade performance. The seminar was one of the activities to mark International Year of Statistics which is being commemorated during this year.

The expansion of intra-regional trade and trade with third states is one of the objectives of CARICOM, which this year celebrates its 40th anniversary.
The Community recorded mixed fortunes in trade with upswings that were manifestations of effective regional policies and downturns that were generally reflective of external shocks and the state of the global economy.

Changes in the global environment that occurred during the past forty years impacted on the performance of the integration movement including in trade performance. Some of those changes included the removal of the preferential arrangements for the Region’s sugar and bananas exports with the European Union (EU); the advent of the Organisation of Petroleum Exporting Countries (OPEC) and its impact on the setting of the prices of oil and related minerals; the debt crisis of the 1980s, and more recently, the global financial and economic crisis, and specifically, its impact in the EU and the United States of America (USA), two of the Region’s largest trading partners.

Since 1973, trade amongst CARICOM member states tallied 17.2 per cent of total exports. The USA has been the Community’s most significant market for exports, accounting for 44.2 per cent of CARICOM’s total exports. The USA is also the main source of CARICOM’s imports accounting on average for 40.5 per cent of the Region’s total extra-regional imports from 1973 to now, and for 37.0 per cent since the CSM. The Region’s imports from the USA stood at US$0.4 billion in 1973, US$5.8 billion in 2006 and US$7.3 billion in 2011. Exports to the EU accounted for 15.1 per cent of total export, with the EU being the second major source of imports with 15.1 per cent.

At the seminar on Thursday, participants learnt that growth in trade was significant in the early years of the integration movement. Between 1973, when the Community was birthed, to 1981, there as a significant increase of intra-regional exports which expanded at an average annual growth rate of 22.8 per cent. The proportion of intra-regional exports to total exports averaged 9.0 per cent. The impact of the debt crisis of the 1980s was felt heavily in the Region. The period 2002 to 2008 also saw phenomenal increase in intra-regional trade with an average annual rate of growth of 24.8 percent.

Fundamentally, the Region sought to deepen its integration process through the agreement to establish the CARICOM Single Market and Economy (CSME) as a mechanism for the small countries of the Community to stimulate growth and development amidst external and internal challenges. With the establishment of the CARICOM Single Market (CSM) in 2006, CARICOM’s total exports expanded from US$17.8B in 2006 to US$18.8B in 2011 at an average growth rate of 1.0 per cent. That growth rate, however, declined in the wake of the most recent global economic and financial crisis.
Total imports also increased with the launch of the CSM, from US$18.0 billion in 2006 to US$ 24.3 billion in 2011 at an average annual growth rate of 6.2 per cent.  The period 1973 to 2005 saw an annual average growth rate in imports of 7.9 per cent.  Similarly, the effect of the global financial and economic crisis was reflected in an average annual growth rate for imports from 2008 to 2009 of negative 25.9 per cent.

European Union Plenipotentiary Representative to CARICOM, Mr. Robert Kopecky, representatives of the Inter-American Development Bank (IDB), the United Nations Children’s Fund (UNICEF), the CARICOM Secretariat, and the Statistics Bureau of Guyana, as well as members of the media, participated in the interactive event that was led by Dr. Philomen Harrison, Project Director, Regional Statistics, Mr. Nigel Lewis and Mr. Deoram Persaud of the Regional Statistics Programme.
In the interactive segment, Mr. Kopecky, congratulated CARICOM on its 40th anniversary and the strides the Community had made, and pointed to the future of regional trade within the context of emerging global powers and different trading partners.