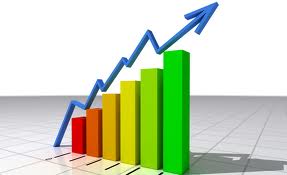 GUYANA is expected to outpace its CARICOM partners in economic growth this year, the Economic Commission on Latin America and the Caribbean (ECLAC) says.In its 2013 Economic Survey of Latin America and the Caribbean, unveiled yesterday at a press conference in Santiago, Chile, ECLAC projected that Guyana will experience a 4.8% increase in real Gross Domestic Product (GDP), thereby recording an eighth consecutive year of positive economic growth.

This figure puts Guyana ahead of the 3.0% average growth rate forecast for the entire Latin America and Caribbean region, and is on par with the 5.5% growth predicted by the International Monetary Fund (IMF) earlier this year.

CARICOM countries are all expected to record positive economic growth as well with Suriname (4.5%), Haiti (3.5%) and The Bahamas (3.0%) being among the better performers. Jamaica (0.5%) and Barbados (0.7%), both classified as CARICOM’s More Developed Countries (MDCs), remain trapped in the headwinds from the global recession.

GUYANA PERFORMS
Observers have credited government policy, as well as buoyant prices for commodity exports for the continued growth here in Guyana.
“The growth performance of the economy is as a result of prudent macroeconomic policies,