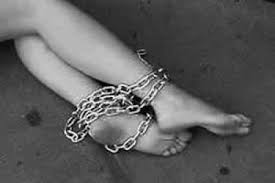 The Senate has approved legislation to impose harsher penalties for the crime of human trafficking, and to expand the list of offences under the law.

Under the amendments to the Trafficking in Persons (Prevention, Suppression and Punishment) Act, convicted persons can be imprisoned for up to 20 years, with provision for the court to impose an additional 10 years if the offender commits any other offence while trafficking persons, such as debt bondage.

The legislation also increases from 10 to 20 years, the period of imprisonment for persons who knowingly receive financial or other benefits from trafficking in persons.

There is also provision for a new offence of conspiracy, which is punishable by imprisonment of up to 20 years and/or fine.

Piloting the Bill, Minister of Justice, Senator the Hon. Mark Golding, noted that it is being increasingly recognised in other jurisdictions that trafficking in persons may, in fact, involve other offences that are not caught in the Palermo Protocol (United Nations Standards) definition of human trafficking.

“Such offences may include, but are not limited to assaults, rape, carnal abuse, child pornography, forced labour and forced begging, where these arise in the context of human exploitation. However, there are no provisions in the Palermo Protocol or the Principal Act addressing these offences when committed along with human trafficking,