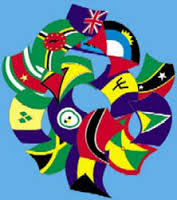 CASTRIES, St Lucia, Friday July 12, 2013 – The Caribbean Climate Online Risk and Adaptation Tool (CCORAL) was launched here Friday twith regional countries hoping it will become another initiative that will result in meaningful progress in the battle to combat climate change.

The new initiative will promote climate smart development by helping to embed a risk management ethic in decision-making processes and is a seminal on-line support tool in keeping with the thrust to promote a culture of risk management across the region.

The CCORAL has been developed by the Belize-based Caribbean Community Climate Change Centre (CCCCC), with funding from the United Kingdom Department for International Development (DFID) and the Climate Development and Knowledge Network (CDKN).

“Indeed, we are convened here a mere three days after the passage of Tropical Storm Chantal which, thankfully, caused relatively little damage and no loss of life,