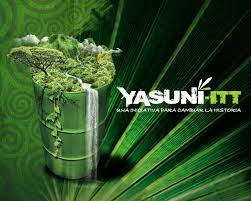 MINISTER of Culture, Youth and Sport, Dr. Frank Anthony has announced that plans are afoot to establish a permanent Editorial Board, with financing from the Ministry’s budgetary allocations.

He further said that the proposed Board will comprise professional writers from various  Caribbean countries who will advise its Editor-in -Chief on what titles should be published.
“The Ministry will incorporate into its future budget, monies to employ one salaried worker (the administrator/secretary) of the Caribbean Press. This person would oversee the commissioning and publication of titles; liaise with writers, printers and editorial boards, and the government,” the Minister said Thursday in response to a query from Alliance For Change (AFC) Member of Parliament, Mr. Trevor Williams.
Minister Anthony told the House that of the more than $56.6M spent on the Caribbean Press between 2009 and 2012,  $7.8M was used specifically for administrative purposes, particularly  the hiring of secretarial assistance for the editors between 2009 and 2012.
The editors, on the other hand, he said, are volunteering their services. The General Editor, Dr. David Dabydeen has been volunteering his services from 2009 to the present along with a pool of persons.
Minister Anthony was also asked to provide the House with a breakdown of the books that were distributed in Guyana by title, location, and the number of copies as of June 20, 2013. He responded that a compilation of the said information is ongoing and assured that when completed, a copy will be table in the Parliament.
He, however, told the House that publications by the unit were distributed to the National Library, University of Guyana Library Turkeyen, Walter Roth Museum, foreign embassies based in Guyana, the CARICOM Secretariat, and the Guyana Police Force among other entities.
Additionally, the Caribbean Press is in the process of preparing 12 books to be released. These include:

The Ministry will be making provisions to hire an administrator/secretary. Minister Anthony explained that, such a  person will oversee the commissioning and publication of titles; coordinate with writers, printers and Editorial Board, and the government, be responsible for book distribution, for the publicity of the press, identify and organise the visits of writers to Guyana to carry out workshops and readings, manage the Press’s website among other duties.
Thus far, the Caribbean Press has benefited from the services of a number of scholars such as: Sister Noel Menezes, Dr. Janette Bulkan, Ameena Gafoor, Professor Trevor Bumard, Professor James Walvin, Professor Clem Seecharan, Dr. Chris Campbell, Dr. Letizia Gramaglia, Dr. Lynne Macedo, Professor Peter Nazareth, Dr. Mariam Pirbhai, Dr. Dimitar Angelov, Dr. Harold Leusmann, Dr. Brinsley Samaroo, Dr. Amar Wahab, Dr. Gemma Robinson, Dr. Lucy Evans, Dr. Anne- Marie Lee Loy, Dr. Mark Tumbridge and Dr. Michael Niblett.
The following is a list books that were edited, proofed, laid out, designed and printed by Caribbean Press.