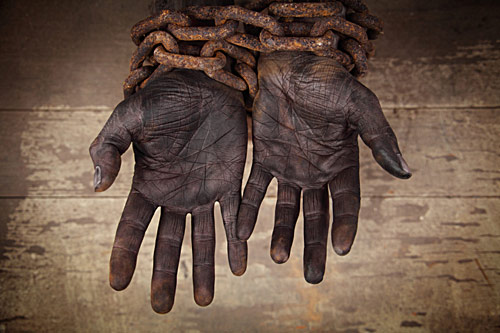 In 1838, British slave owners in the English-Speaking Caribbean received £11.6 billion in today’s value as compensation for the emancipation of their “property” – 655,780 human beings of African descent that they had enslaved and exploited, and, in many cases, brutalised. The freed slaves, by comparison, received nothing in recompense for their dehumanisation, their cruel treatment, the abuse of their labour and the plain injustice of their enslavement.

This is the basis on which 14 governments of the member-states of the Caribbean Community (CARICOM) have decided to approach the UK law firm, Leigh Day, “to consider a legal challenge to seek compensation from three European nations for what they claim is the legacy of the Atlantic slave trade”.

The legal challenge – if it is made – will be against Britain, France and The Netherlands.

It is by no means certain that any legal challenge will be mounted. This accounts for the cautious language of Leigh Day in its formal announcement that it had been “approached” as distinct from “retained” by the Caribbean governments. The lack of certainty also explains the further remarks by Martyn Day of Leigh Day, that: “At this early stage the CARICOM Governments have asked us to advise them on the bringing of a legal claim against the British, French and Dutch governments if they cannot reach a negotiated settlement”.

Exactly who will be negotiating with whom is unclear since none of the three European governments has responded to the statement by CARICOM governments that they will be seeking reparations for slavery. It is also not at all clear which of the 14 CARICOM governments will actually take forward a legal challenge against the three European governments particularly as that, apart from the government of Barbados, they have all shown reluctance to take on bigger powers in costly legal disputes. A particular case in point is their failure to take action against the United States government at the World Trade Organisation over a rum issue. Many of them also fear reprisals from the European powers.
So while the demand for reparations for slavery plays well politically with domestic audiences, few Caribbean leaders have shown much enthusiasm for legal action internationally. Indeed, “reparation committees” have only been formed in four of the 14 CARICOM countries. In this regard, the Prime Minister of St Vincent and the Grenadines, Dr Ralph Gonsalves who has written and spoken passionately on the matter, stands out. Perhaps it is because of his awareness that some Caribbean governments may not proceed vigorously against the three European governments that Gonsalves has publicly stated:

“Let us be in no doubt that neo-colonialists, western European states, including Britain, international financial institutions, intelligence agencies from former colonial powers in the Caribbean schooled in the art of political chicanery, and more, will be put in the service of denying just reparation. They will all play it rough: intimidation, divide-and-rule, and subterfuge will be utilised against leaders and those Caribbean nation states which are in the forefront of this monumental reparation cause”.

The Background to the Slavery and Reparations Issue

The monies paid to slaves owners have been studied and assembled by a team of Academics from University College London, including Dr Nick Draper, who spent three years pulling together 46,000 records which they have now launched as an internet database. The website is: ucl.ac.uk/lbs. According to Draper’s findings, the benefits of those monies still exist in Britain today. For example, they are the foundations of Barclays Bank, Lloyds Bank and the Royal Bank of Scotland. They are also the basis of wealth for many leading British and Scottish families among them the Hogg family – two of whom became Lord Chancellors in British governments.

Dr Draper is reported as saying of the Hogg family:

“To have two Lord Chancellors in Britain in the 20th century bearing the name of a slave-owner from British Guiana (now Guyana), who went penniless to British Guiana, came back a very wealthy man and contributed to the formation of this political dynasty, which incorporated his name into their children in recognition – it seems to me to be an illuminating story and a potent example.”

The Hogg family was not unique. The wealth and political good fortune of 19th Century British Prime Minister William Gladstone had its origins in the £83 million, at today’s value, of “compensation” given to his father, John Gladstone, for slaves he owned in British Guiana and Jamaica.

But it was not individual families alone that helped to create African slavery and that benefitted from it; it was the British state as whole – its successive governments that provided subsidies for the trade; that adopted legislation that facilitated it; and that were complicit with the governments of their colonies in adopting laws that designated African slaves as “real estate” – people stripped of human identity, including life, and, therefore, to be treated like land, houses and buildings.

A recent Daily Telegraph (UK) report laid the blame for this squarely at the feet of the Stuart Monarchs Charles II and James II, who “systematically drew up laws to enforce and spread hereditary slavery… with relentless focus, stacking the courts to ensure favourable rulings, and silence opponents in sedition trials, not least because revenues from tobacco and sugar plantations became the chief source of wealth for the Crown”.

Remarkably, it was also the British State, including the British people, who paid “compensation” to the slave owners while completely disregarding any obligation whatsoever to 655,780 people, who were enslaved and cruelly exploited. To do so, the British government borrowed £20 million which is £76 billion, at today’s value, from the Rothschild banking empire. The sum amounted to about 40 per cent of the country’s gross domestic product at the time.

As Caribbean economic historian, Sir Hilary Beckles points out: “They all recognised that British citizens were socially empowered by the white supremacy culture so effectively institutionalized on a global scale by slave owners”. British exploitation of people in the Caribbean did not start, or end, with the enslavement of Africans. Beckles, records the systematic “elimination” of the Kalinagos – the original people of the Eastern Caribbean islands. It was the first act of genocide in the Western Hemisphere, and it was executed with the full knowledge and approval of the British authorities.

Each of these episodes of subjugation, exploitation and brutalisation of human beings was justified on the racial supremacy of the white race. And while Britain was the principal beneficiary, other European nations shared in the spoils of human degradation. Along with France and the Netherlands, Spain and Portugal were two significant beneficiaries. The latter two countries are not among the European nations that CARICOM countries are targeting because they were not occupiers of, and slave owners in these particular territories.

Except for the blindest and unrelenting apologists for the acts of genocide and enslavement, it is impossible to discard Beckles’ assertion that these were “crimes against humanity”. As he says:

“The wealth of the (British) Empire required the abandonment of all known laws, conventions, moral parameters, political practices and legal frameworks and the creation of a new and unprecedented labour system.”

When the vast majority of the original people of the Caribbean were extinguished forcing the brutalised handful who remained into submission; when slavery was abolished with no recompense to the Africans for the deprivation of their liberty, the people of the Caribbean were left destitute, deprived and disadvantaged. In Beckles’ words: “They got nothing by way of cash reparations to carry them into freedom. No land grants were provided. No promissory notes were posted”.

The moral case for “reparations” established

That today the people of the Caribbean have built middle-income societies (except Haiti) despite the conditions they were handed at slavery’s abolition, is a tribute to the resilience, capabilities and high quality of human beings that European states considered ‘chattel and real estate’. That they have produced Nobel Prize winners, great athletes and fine intellectual thinkers who have commanded high positions in the international community in business, medicine, the law, and technology is testimony to the wrongness of the “white” supremacist doctrine.

Their achievement reinforces the position that their enslavement, their servitude and the infamous acts of violence against them were wrong, and it cannot be right that those who were the principal perpetrators of those wrongs benefitted while they were left as nothing more than a human catastrophe.

Today, the Caribbean could have been much further along the road of social and economic development if even half of the “compensation” given to slave owners had been provided to slavery’s victims 175 years ago. There is clearly a moral case for reparations. But can it be prosecuted legally?

Martyn Day of Leigh Day says: “What is an important factor in this potential legal action is that CARICOM is interested in seeking a settlement for the impact of slavery on their communities today – not on the historic position of the individual slaves”. That is just as well. For the question would otherwise have arisen as to how and to whom any “reparations” – either negotiated or awarded by a court – would be distributed.

If a negotiation with the three European countries fails and the ICJ route becomes impenetrable, another option could be an appeal to the General Assembly of the United Nations. A majority vote may be possible despite opposition from former slave owning countries, including Arab states.

With the moral case so strong, several CARICOM governments would undoubtedly want to take the claim for reparations as far as they can – and the UN General Assembly would give the issue the scale of international attention the issue deserves without involving heavy legal costs that might deter some of them. But none of this should absolve the governments of all the European nations that indulged in slavery, and benefited from it, of the obligation to at least apologise – although Prime Minister Gonsalves has said an apology would not be sufficient.

This article was commissioned by the Institute of Commonwealth Studies at The University of London.