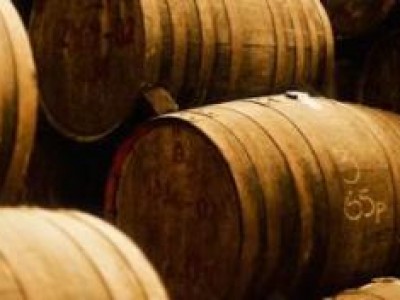 Barbados, long known as the proud manufacturer and distributor of fine rum for well over 300 years, can boast of having produced some of the best brands that would rival international products.

However, what was once a thriving rum industry could soon be threatened due to the diminishing local sugar industry. The once flourishing sector is now on a steady decline and the molasses used for rum production is now being imported.

To this end, Government is prepared to go ‘head to head’ with the US administration in its bid to ensure that there is a level playing field for all Barbadian rum products entering the United States market.

And, this has engaged the attention of Industry Minister, Donville Inniss, who has responsibility for the sector. He stated during a recent interview with the Barbados Government Information Service that he intended ‘to go all out’ to assist local rum producers to right this unfair practice.

He said: “The Barbados rum industry has been under immense pressure due to the high level of taxes imposed on their items going into the US market and it is further compounded by the fact that the US administration provides a subsidy to the industry, what they call a ‘cover over’. This is where US rum manufacturers, in particular in Puerto Rico and the United States Virgin Islands, receive a high level of subsidies from the fellow government via their local governments, hence reducing the costs to manufacture their competing products and putting them on the market at a considerable advantage over the products we export to the US”.

Speaking about a recent trip to Puerto Rico where he convened a meeting with that country’s Secretary of State, representatives of the rum industry and other key players in their government to discuss the issue, Mr. Inniss said the discussions proved “fruitful” as there was an understanding on both sides that there was a level of unfairness about this ‘cover over’ and its application, which needed to be addressed.

“My understanding is that in the past, this subsidy would have been used to help governments like Puerto Rico develop their infrastructure, assist in education and health care, etc… and now because of actions primarily in the US Virgin Islands where the rum manufacturer sees almost 46 per cent of this subsidy, and Puerto Rico is forced to do a similar thing for their rum manufacturer, hence reducing the amount available for investment in other parts of the economy.
“We have an understanding coming out of that meeting with the Secretary of State that this matter will be pursued through discussions with other parties including the US Virgin Islands, our Ambassador in Washington who has been mandated to monitor the situation and get involved in further discussions with Puerto Rico as well as appropriate congressmen and women to ensure that our voice on this particular highly discriminatory matter is addressed…” he said.

While noting that the Ministry of Foreign Trade here in Barbados has been leading the battle with the US trade representative office in Washington, as well as with the World Trade Organisation (WTO) in Geneva, he indicated that they have also been piloting the matter at CARICOM and CARIFORUM meetings.

“…Along with the Barbados Cabinet which has also expressed concerns about the matter, we have asked the Minister of Foreign Trade [Senator Maxine McClean] to remain eternally vigilant and to address the matter through all available means to help us resolve it. So, coming out of that meeting in Puerto Rico there is renewed emphasis and energy to address the matter at the bilateral level and to see if we can avoid having to deliberate through the WTO,” the Minister asserted.
Pointing out that he will be meeting shortly with local rum manufacturers as a group to address some of the concerns they have, Mr. Inniss outlined some of the issues which needed to be tackled.

“They obviously have issues regarding access to molasses, even with the manufacturer and also issues relating to [the] oversupply of rum… Going forward, I think the solution [also] lies in expanding into other markets, [and] creating different brands, especially specialty brands. I must once again commend Foursquare Rum Distillery, under the leadership of Sir David Seale, for their creativity there as well… but we may also need to realise that they may not be an exceptionally bright future in the export of bulk rum.

“The rum industry right now earns about $60 million for the Barbados economy on an annual basis plus all the jobs it has created…and the Barbados Investment and Development Corporation, which I met with recently, has been instructed to engage with the rum manufacturers in Barbados in an effort to mount a special programme targetted at design and development of marketing programmes for rum here in this country,” he disclosed.

Mr. Inniss noted that they were working on a geographical indicator project which will speak to Barbados’ history and reputation as a manufacturer of rum to ensure that the Barbados brand is not only well built but well sustained in the markets around the world.

Suggesting that the best rums in the world were made here in Barbados, Mr. Inniss made the point that “we needed to be more aggressive whilst at the same time selective in the promotion and marketing of our Barbados brand of rums”.

He further added: “…The other part of it is to recognise that it is an industry and, therefore, we are currently looking, as it was announced in the Budget, to have the rum industry work with our oil industry to provide the methanol that can be used in fuels here in Barbados rather than what we import… And, with the merging of the rum industry and the fuel industry, it will create another wonderful opportunity for a partnership to evolve.”

Acknowledging “that we are on the cusp of revolutionising our sugar cane and rum industry here in Barbados,” Mr. Inniss admitted, “there are challenging times ahead.” However, he cautioned against “throwing our hands in the air”.

He continued: “We just have to be very creative, think outside of the box and aggressively pursue existing and new markets for our products…So, we will continue to work with our friends in Puerto Rico and the US Government to get the message across and to seek to address the issue of ‘cover over’ and the unfair trade practices on the part of the United States administration…

“In our view, we have had very good relations with the USA from time immemorial and we expect that will continue. We are hopeful that this matter can be addressed expeditiously”.