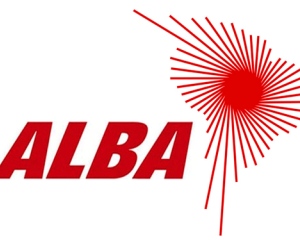 The Lucian People’s movement (LPM) said that it supports the Bolivarian Alliance for the Americas (ALBA) in principle but, it has reservations about a long-term dependence on the organization.

“While the government of Saint Lucia should have engaged in greater consultation with the people of Saint Lucia before joining ALBA, the LPM is behind it in principle”, said Therold Prudent, the leader of the LPM.

Prudent stressed the need for a broader approach to international diplomacy, stating, “The world is a much different place today. Therefore, small countries, including Saint Lucia and the rest of the region, can no longer adopt the cold war mentality of non-engagement with countries that the United States does not agree with. While it is very important to remain an ally of the United States, we must begin to put our nation’s interests ahead of political ideology.”

“Therefore, as long as the nations with which we enter into diplomatic or trade agreements are not state sponsors of terrorism and do not threaten the stability of the region or the rest of the world, we should have the right, without fear or national anxiety, to exercise our sovereignty in the interests of our people, ”he added.

However, the LPM cautioned the government against a long-term dependence on ALBA and PetroCaribe in alleviating the country’s socio-economic problems.

“We must be honest with the people of Saint Lucia by explaining, that the future of ALBA and PetroCaribe remains perilous due to the growing resistance to these social welfare initiatives within Venezuela itself. Therefore, given the fact that the future of ALBA and PetroCaribe is contingent upon the current government of Venezuela remaining in power, Saint Lucia must have a contingency plan in the event that there is a change of government in the near future,” said Prudent.

“While foreign diplomacy, including decisions to participate in trade agreements and organizations, should never be contingent on the internal politics of the member states of any organization, the reality is that, unlike the WTO, or even CARICOM, where there is continuity, in the event of changes in the governance of member states, ALBA and PetroCaribe lack the basic structure for longevity given their heavy reliance on the benevolence of a single member state, namely Venezuela,” he concluded.