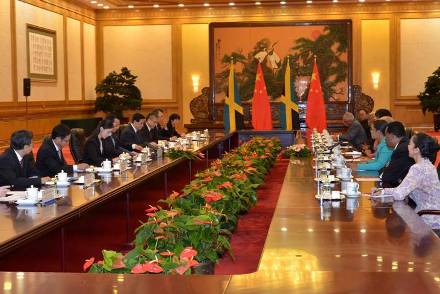 Xi made the declaration at the Great Hall of the People in Beijing, China Wednesday as he met with Jamaican Prime Minister Portia Simpson Miller, who is on a five-day official visit to the country.

According to Xi, trade between China and Jamaica tripled in three years from 2009, the last time he visited the island, before he was president.

“This shows that all our hard work has paid off,” said Xi. “It also proves that our bilateral business communication has room for further development.”

The Chinese have rapidly expanded their economic footprint in Jamaica over the last decade with billions of dollars in foreign direct investment to the island.