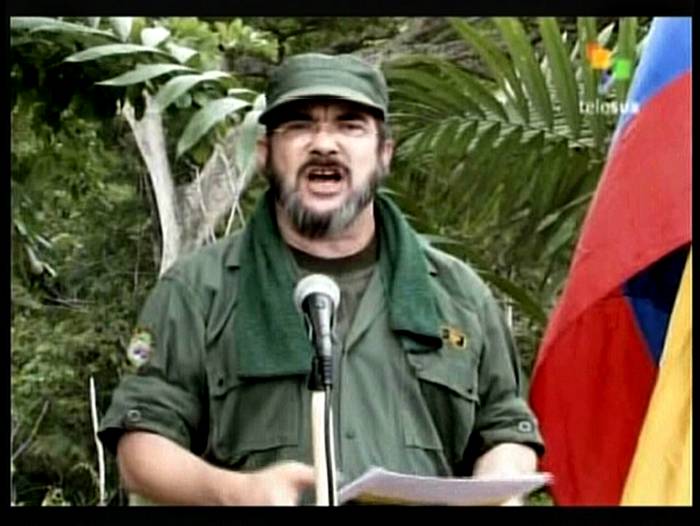 TV grab taken from Venezuelan broadcast TELESUR of a video released on May 25, 2008 by the Revolutionary Armed Forces of Colombia (FARC), showing Timoleon Jimenez, known as “Timochenko”. Colombia’s long-fighting Marxist FARC rebels have named a new leader after the death of their leader Alfonso Cano earlier this month in a clash with government forces, local media reported Tuesday. AFP PHOTO/TELESUR