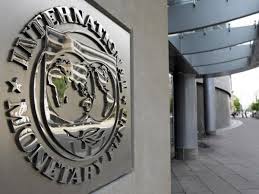 On September 30, 2013, the executive board of the International Monetary Fund (IMF) concluded the Article IV consultation with Suriname.

Suriname’s macroeconomic performance has strengthened markedly over the past decade. Since 2000, stronger policies and buoyant commodity prices, supported by political stability, have helped improve macroeconomic performance, enabling Suriname to enjoy several recent upgrades from major ratings agencies. At this juncture, however, with gold prices declining after a long upswing, the main challenges are to strengthen institutions and adjust policies to avoid the onset of a boom-bust cycle.

Growth remains robust while inflation has declined considerably. In 2012 Gross Domestic Product (GDP) grew an estimated 4.75 percent; similar to 2011 and among the highest in the region, supported by buoyant commodity prices particularly gold. However, while export volumes for gold grew strongly, they were anemic for the other two main commodities — oil and aluminum. Inflation has dropped sharply, and stood at 2.5 percent in May 2013.

Bank credit growth to the private sector has risen to a robust 17.25 percent (year on year) in May 2013, led by trade and housing construction, with stable lending rates in both domestic and foreign currency. Financial intermediation remains low, however, with private sector credit at 26 percent of GDP in 2012. Commercial banks remain profitable and liquid. Non-performing loan (NPL) ratios are somewhat high, but declined from about 8 percent in 2011 to 7.1 percent currently.

However, the fiscal position has weakened substantially. The overall fiscal balance fell by 5 percentage points to a deficit of 4 percent of GDP in 2012. Much of the deterioration was due to a jump in current spending, including on subsidies. Fiscal pressures intensified further in the first quarter of 2013 as a result of wage hikes and a pickup in capital spending. While measures have been taken since March to contain spending, the overall deficit for 2013 is likely to be around 3 percent of GDP. Public debt remains low at 22 percent of the GDP.

The external balance has also declined considerably. The current account surplus declined by about 1.5 percentage points to an estimated 4.25 percent of GDP in 2012. In the first quarter of 2013, the weakening intensified and a current account deficit was recorded, as the usual seasonal decline in receipts was accompanied by increased imports and declining commodity export prices. International reserves dipped moderately but remain adequate at 4.25 months of imports.

Directors welcomed the authorities’ commitment to fiscal consolidation. They recommended targeting a moderate fiscal surplus over the medium term. Adjustment efforts should aim to streamline expenditure on goods and services, moderate public wages, improve the targeting of subsidies, and prioritize capital projects. It will also be important to ensure that the planned social security scheme is fiscally sustainable.

Directors supported monetary tightening in case fiscal measures prove inadequate to contain demand pressures. They urged the authorities to press ahead with plans to establish open market operations. Directors underscored the importance of prudent macroeconomic policies to support the fixed exchange rate. They encouraged the authorities to remove the remaining multiple currency practices when the opportunity arises.

Directors noted that the financial sector appears relatively sound, but urged vigilance over the rapid growth of credit. They welcomed the progress in overhauling the banking sector regulatory framework and strengthening the anti money laundering /combating the financing of terrorism regime. They looked forward to the authorities’ plans to upgrade the insurance sector regulatory framework, establish a credit bureau and a deposit insurance scheme, and reduce state ownership in the banking sector. They recommended continued efforts to reduce dollarization.