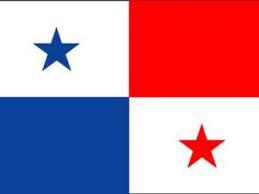 Brieger, It is unacceptable for European or US media to be the information source for the continent

For Latin America and the Caribbean to face up to the enormous challenge of regional integration, this cannot be built on the basis of information dependence on the centers of power. It is therefore essential to “create our own information agenda and to make it possible for what is produced in any country to be rapidly accessible to all,” stresses Pedro Brieger, an Argentinian sociologist and journalist. In pursuit of this goal, together with a team of communicators under the auspices of FILA (Foundation for Latin American Integration), the information gateway Nodal was established in July of this year, dedicated exclusively to news of the continent. It proposes to “transmit the realities of the region. It is a contradiction in terms that in spite of the winds of democratization that are felt in the continent, the mass of information circulating here is produced by European or US agencies,” noted Brieger as he began his interview.

P: When Nodal was launched in August of 2013, the hypothesis that was widely disseminated was to create a gateway for accessing information, rather than an alternative media outlet. What were the arguments behind this profile?

Pedro Brieger (PB): Nodal appears on the scene after several years of reflection on the mechanisms of information circulation in Latin America. The first problem faced by anyone interested in regional information is not knowing where to begin to find out, day by day, what is going on. One has to open the daily papers of each country to learn what is happening, and — obviously — no one has time to do this. For this reason, even journalists can only consult one or two dailies from one or two countries. Our team of journalists read what is published in the whole region and make a selection so that on one page the reader can, in a few seconds, learn what is happening in Latin America and the Caribbean. Once one has the global picture, then it is possible to consult one or another country in particular to acquire a deeper knowledge. With this selection we can establish an information agenda concerning those items of regional information that we believe to be most relevant.

P: How is this done?

PB: For example, two weeks before the inauguration of Horacio Cartes as President of Paraguay on August 15, we did a day by day analysis concerning everything that surrounded this event. The debates about Cartes, the negotiations with other parties, and obviously everything related to the conflicts between this South American country and UNASUR and MERCOSUR. Through this coverage, we were pointing out to the rest of the region that this was a relevant issue. The same thing happened with the 40th anniversary of the Coup d’Etat in Chile in September. Two weeks before the anniversary we put together a special group to follow the debates, the declarations of politicians, books published and everything that happened in Chile. This is a way to show Salvadorans, Jamaicans or Mexicans that we believe this to be an important issue. And of course we posted this information in Nodal. This is not our own production. Nodal reproduces what already exists, and this is no small matter.

P: That is to say, Nodal facilitates the circulation of relevant news for the whole continent?

PB: That’s right. We know that a great part of the news published in daily newspapers, radios and television channels reaches us through European and US news agencies. Hence we searched out the media in the region, from the biggest to the smallest. We found that the majority of the media outlets were fed with information from these agencies rather than from what is said or published in each one of these countries. This situation causes two problems. For starters, much of this information comes late. In addition, it reflects the outlook and the contents produced by these agencies. This means that there is a lack of a Latin American or Caribbean outlook on regional issues. It is unacceptable for European or US media to be the information source for the continent.

Nodal is looking to provide journalists, politicians, businessmen and the general public with information elaborated specifically in every country. For example, it makes no sense to wait for the Madrid daily El País to provide copy on the decision of the Peruvian parliament to grant access to the ocean for Bolivia through the port of Ilo, when the Peruvian press has already covered the story in detail.

In addition, there are many themes that the big agencies ignore, for a variety of reasons, but which are covered by Nodal because they are regarded as relevant. For example, there is the present initiative in a number of Caribbean nations to claim reparations for slavery imposed by colonial powers. This story is very important in the Caribbean, and the Caribbean Community (Caricom) has taken it on. Because of this, the story has occupied space in Nodal even though the big European media have ignored it.

P: Nodal as a wide and diverse space…

PB: Nodal appears as an indispensable source of consultation for the whole region, with an accent on the processes of regional integration. Nodal is not an “alternative” site if one understands alternative as an informative space for specialists who follow a particular theme or who have a narrow ideological perspective.

Information as a public good

P: Does the sensitive debate around information as a public good — and not as a commodity — form part of the conceptual reflection of the professionals who work with Nodal?

PB: Of course these themes are part of the picture. And we involve them in our daily practice. Let me explain: the right to information is, to give a concrete case, to disseminate the Declaration of Paramaribo from the last UNASUR summit at the end of August, something that was hardly covered by the big media. It is quite possible that many journalists would not have known where to find it. We published it in Nodal so that it could be consulted, and this is one of the services that we can provide.

P: Nodal has been in business for two months. It would be interesting to see what it has accomplished. What surprised you most…

PB: In this short time and without a big campaign — which is not simple, since one has to cover the whole region, which is enormous — there were some 35 thousand visits to our page. These came from some one thousand cities and from 81 countries, which indicates the penetration of Nodal in a number of countries. All this gives us ample reason to keep it up.

P: Do you have any final comments?

PB: To underline the essence of what we are doing. Nodal cannot cover all areas of information and all regions because if it attempted this, it would lose its specific strength, which is to cover Latin America and the Caribbean. There are some who urge us to cover other regions and other topics. But we cannot undertake such diversity. There are other sources specialized on these questions. Our work is specific and this gives us an important conceptual framework so that we can do a good job where we are involved. This involves concentration on quality, professional competence, diversity, but in the specific framework of our continent….

Nodal sets out its objectives:

We get by with a little help from our friends

Our Setember fundraising helped, but did not meet all of our needs They are still great, even if a number of people have pitched in.

* An IPad or something of that genre of devices, which would go a way toward me being able to read and review more books — I do have a kindle program on my computer but reading books that way is kind of a pain for me.

* A travel budget that lets me and the others who write and take photos to get around the country a lot more than we do.

* José Ponce and I both need backup and replacement photographic and computer equipment.

And then… you get the idea.