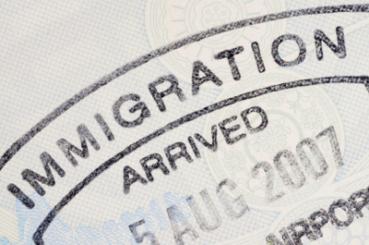 Trinidad and Jamaica to meet Monday on immigration issue

Jamaica and Trinidad and Tobago will hold discussions here on Monday in a bid to ease the concerns that have arisen over the decision by Port of Spain to deport at least 13 Jamaicans earlier this month.

Trinidad and Tobago’s Foreign Minister Winston Dookeran will lead his country’s delegation to the talks here after accepting the invitation of counterpart AJ Nicholson.

A statement from the Minister of Foreign Affairs said the discussions would include hassle-free travel, as stipulated in the Revised Treaty of Chaguaramas; Implications of the CCJ ruling in the Shanique Myrie case as well as treatment of Jamaicans by immigration officials and conditions under which Jamaicans are accommodated.

The two delegations will also discuss access to consular representation; the appeals process  and

* The movement of Jamaican skilled nationals into Trinidad and Tobago.

“I am confident that these discussions will help to bring clarity once again and will demonstrate that the challenges that will arise from time to time in any integration movement must be met with temperance and maturity,” Nicholson said.

Media reports had indicated that the 13 Jamaicans were denied entry into Port of Spain on Tuesday last week and deported to their homeland the following day after being detained.

The CCJ earlier this year ruled that Barbados had breached the right of Myrie when she sought entry into the country in 2011, but stopped short of awarding the one million Barbados dollars in compensation she had sought.

Myrie, 25, had been granted leave by the CCJ to file the action, alleged that when she travelled to Barbados on March 14, 2011 she was discriminated against because of her nationality, subjected to a body cavity search, detained overnight in a cell and deported to Jamaica the following day.

Jamaica said it was urging nationals who believe their rights under the CARICOM Single Market and Economy (CSME) regime have been breached, to make a report to the nearest Jamaican High Commission or the Ministry.
http://www.caribbean360.com/index.php/news/jamaica_news/1087288.html#axzz2mJjXPALq