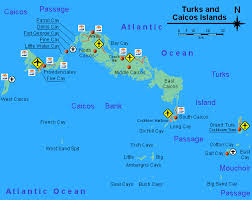 However, given that Misick is currently facing criminal charges for alleged bribery, with probably more charges to come, any efforts by him in relation to independence are widely perceived has having the ulterior motive of escaping prosecution, or being pardoned if convicted, along with former ministers and others that are also facing a range of criminal charges.

Such a prospect may, nevertheless, demonstrate considerable naiveté and lack of forethought on Misick’s part, according to one US agency source.

“I must laugh at this; currently Misick has more legal protection in a British territory, meaning countries like the US must walk a fine line in prosecuting him. It makes no sense for him to try and remove this legal security blanket, leaving himself vulnerable to a snatch and grab operation like former Panamanian dictator Manuel Noriega and others. Let the fool pave his own road to a US prison,” the source said.

Current premier, Rufus Ewing, has consistently referred to the need for independence from Britain since being elected in November 2012; the most notable recent occasion being this month’s throne speech delivered by the governor, which asserted a responsibility on the part of the government of “readying our nation and our people for the move toward independence.”

However, with Ewing and Misick’s Progressive National Party (PNP) winning only 44 percent of the popular vote in the November 2012 election, they appear to have greatly overestimated their political capital, especially in relation to independence, which is not widely supported in the territory, although one former minister from the opposition Peoples Democratic Movement (PDM) has reportedly pledged support for Misick’s campaign.

Nevertheless, Misick will have to raise considerably more support from PDM voters, as well as convince his own PNP that independence is the right choice for the tiny overseas territory. To this end, Misick is now calling on PDM faithful who had served in government in the past to enlist their support. A door to door campaign planned by Misick is also believed to have already begun in the most populous island of Providenciales.

What is not clear is what majority Britain would regard as an acceptable indication of a popular desire for independence. In the past, at least 80 percent of the registered voters were required to be in favour of independence, although a two-thirds majority or 66 percent may be acceptable.

Also unknown is the financial approach of the British government, which essentially holds the TCI’s purse strings as a result of a $260 million loan guaranteed by Britain that was required to finance the government and to save TCI from outright bankruptcy. This loan is due to be paid down to a point that would permit a TCI government as a British Overseas Territory to finance the loan without British backing. As an independent territory this would be even more problematic.

Further, the existence of this latest push for independence may cause foreign developers to rethink their planned investments in the TCI, which are to some extent encouraged by the stability it enjoys as a British territory.