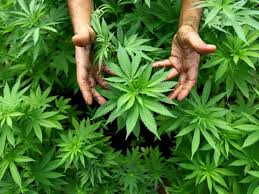 As discussions surrounding the legalization of marijuana gain traction around the world, Bahamas foreign affairs minister, Fred Mitchell, said on Tuesday the government will study the matter following a Caribbean Community (CARICOM) meeting next month.

Mitchell’s statement came after Jamaica’s leaders announced their intent to decriminalize marijuana use for medical purposes by the end of the year.

“The Bahamas was present at the table in Trinidad when the issue was raised with regard to medical marijuana at the CARICOM meeting,” Mitchell said.

“We agreed that the issue should be studied then and signed off on the matter in Guyana last month as an agenda item at the next CARICOM heads meeting in St Vincent in March.

“We have heard the views on a market approach to fighting anti-drug efforts advanced by many countries.

Washington state and Colorado have legalized recreational marijuana use.

“We can say nothing more on the issue until such time as the CARICOM consensus has been reached and the studies returned and The Bahamas Cabinet has a chance to review the issue,” Mitchell said.

Last year, St Vincent and the Grenadines Prime Minister Dr Ralph Gonsalves asked CARICOM to discuss the medicinal and other uses of marijuana.

“I think that it is high time that CARICOM address, regionally, this matter in a sensible, focused, non-hysterical manner,” Gonsalves said.

When asked if The Bahamas was considering legalizing marijuana in light of Jamaica’s decision, she noted, “The use of marijuana is illegal in The Bahamas.

“The only comment I have is that we are going to fully enforce the laws of the Commonwealth of The Bahamas.

“And what we’re working on right now, as is the will of the people, is the efficiency of the process so that justice can be delivered for the benefit of accused and victims in a timely fashion.”

Last year, minister of state for legal affairs, Damian Gomez, acknowledged that The Bahamas is more conservative than many countries in the region.

“There are other countries, which have actually abolished it (marijuana use) as an offense,” he said when asked to comment on the issue.

“We haven’t decided to go that far, but that is the modern trend internationally,” he said.

“It is likely that Trinidad and Tobago and Jamaica will be at the forefront of the issue and we will be the last to move.”

Gomez acknowledged that reducing the number of years for the possession of small amounts of marijuana in The Bahamas would unclog the criminal justice system.

In The Bahamas, the mandatory minimum sentence for drug possession with intent to supply is four years.

However, there have been calls for the government to change the law as it relates to the mandatory minimum sentence and give magistrates the discretion to determine sentences upon conviction.