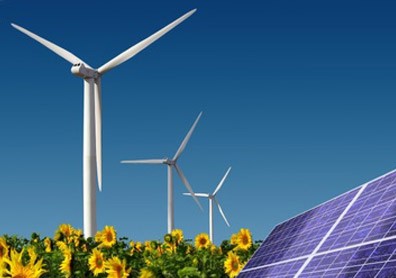 GEORGETOWN, Guyana — A four-year, euro 5.02 million project to assist Caribbean Community (CARICOM) member states to move towards renewable energy technologies has been the focus of discussion at CARICOM Secretariat Headquarters in Guyana.

Representatives of member states and other key stakeholders in the Community’s energy sector are charting the way forward for a renewable energy (RE) and energy efficiency (EE) project funded by the German Government through its Deutsche Gesellschaft für Internationale Zusammenarbeit (German Society for International Cooperation) (GIZ).

The CARICOM-German government renewable energy and energy efficiency technical assistance (REETA) Project will explore the use of solar energy, wind power, bio-energy, and hydropower for energy cost savings in many areas including for businesses and households.

The REETA project will also seek to build capacity in the private sector for implementing renewable energy and energy saving measures, and will also support the CARICOM energy programme and regional organizations involved in sustainable energy development.

Marina Meuss, the GIZ resident director for the Caribbean, pointed out that the REETA project was the outcome of long-term cooperation in energy in the region.

The project will be administered from the CARICOM Secretariat and all member states will have an opportunity to identify areas to be supported through the project. Many CARICOM countries have commenced various sustainable energy efforts and the REETA project will build on these, as well as build on the achievements of the Caribbean renewable energy development programme (CREDP), which was implemented in two phases during the period 2003 to 2013.

In brief remarks on behalf of CARICOM Secretary-General Irwin LaRocque, David Hales, director, external trade, at the CARICOM Secretariat said that the CREDP was a watershed energy initiative which has produced a significant positive impact in the region.

Together, the CREDP and REETA projects amount to €15.7M, making the government of Germany the single largest contributing partner to CARICOM’s sustainable energy development. Hales expressed appreciation to the government and people of Germany for their support to the Community’s efforts to transform its energy sector.