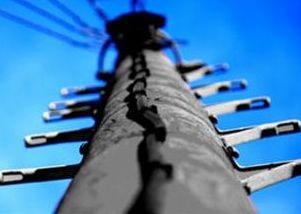 Bahamas telecom sector to be liberalised by April 1

Prime Minister Perry Christie is welcoming the liberalisation of the telecommunication sector here on Monday saying “Bahamians would for the first time have competition and competition breeds greater levels of efficiency”.

The liberalisation of the sector was one of the campaign promises of then opposition People’s Labour Party (PLP) in 2012, with Christie promising voters that his administration would engage the British telecommunication giant, Cable & Wireless, the lone telecommunication provider here on the need to liberalise the sector.

In 2011, amidst public outcry, the Hubert Ingraham government sold controlling shares of the Bahamas Telecommunications Company (BTC) to the London-based telecommunication company, for US$210 million.

Christie had promised voters that a PLP government would seek to regain the majority shares and that the party “believes in a share owning democracy” and would sell BTC shares in tranches to Bahamians.

Prime Minister Christie told the Caribbean Media Corporation (CMC) Monday that while the process had taken two years to be fulfilled he remains optimistic that the move is the right one given “some real tragic occurrences recently with the breakdown of the system and dropped calls.

“So we expect to have…major and significant improvement once competition ensues,” he said, adding that the acquisition of majority shares was not all that difficult.

“What in fact we had to do was, by policy, we had negotiations with Cable & Wireless to reclaim two per cent (of shares) so that effectively the majority of the shares would rest with the Bahamian people.

“We are in the process of finalising that and the effective date for liberalisation where the government would be authorized to pursue liberalization is April 1st; that’s where we are now.”

Prime Minister Christie said relinquishing the two per cent shares by Cable and Wireless has been agreed upon in principle and currently the two parties are “trying to work through the conditions that are associated with it into a final agreement that should be signed sometime within the next week or two”.

Earlier this year, Prime Minister Christie described as “historic” the agreement under which the majority economic interest in the BTC has been returned to the state.

Christie said the agreement with the British telecommunications giant, Cable and Wireless (CWC) would not cost the country “one single cent.

“In particular, there will be no extension of BTC’s monopoly and no postponement of the liberalization of the telecommunications sector,” Christie said, reiterating “we have not paid, and will not have to pay, for the re-acquired shares in any form or fashion.

“So, in financial terms, this is a win-win for the government and people of the Bahamas.