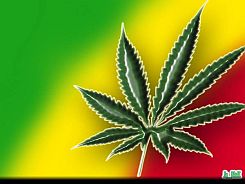 Justice Minister Senator Mark Golding is to lead the inter-Ministerial sub-committee that will develop a legal framework for the development of  medical ganja and industrial hemp industries in Jamaica.

The Minister, who last week announced proposed amendments to the Dangerous Drugs Act, said the move arises from the need to position Jamaica globally in relation to the industries.
“However Jamaica also needs to position itself to be an important player as the world increasingly recognizes and calls for the benefits of medical marijuana and industrial hemp   , to this end a separate exercise is underway codevelop a legal framework which will allow the emergence of medical ganja and industrial hemp industries Jamaica. This is being in cooperated by an inter-ministerial committee of the Cabinet that has been established for this purpose under my chairmanship

Persons who have cancer, HIV/AIDS, and other diseases, have found significant relief  of  symptoms from the use of  marijuana.
Meanwhile, ganja legalisation lobbyist Miguel Lorne, says the proposals to amend the Dangerous Drugs Act do not go far enough.
Lorne says although the push is being made to use the weed for medicinal purposes and Rastafarians will be able to use it as a sacrament, it is unclear on how either group will access ganja.
“Our agitation is that you ought to be able to bring ganja to the Coronation Market legally and persons who come to buy yam escallion , pumpkin and carrot can buy their two ounces, if you are going to allow a man to use two ounces in his private confines, then he has to be able to get it,” Lorne said.