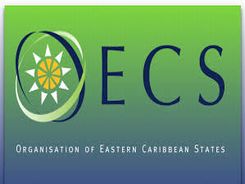 Argentina has named its first Ambassador to the Organization of Eastern Caribbean States.

Argentina and the OECS established diplomatic ties about a year and a half ago, a relationship which has seen the signing of a Memorandum of Understanding on South-South and Triangular Cooperation and the establishment of an Argentine embassy in St Lucia.

The new envoy said Argentina had decided to “broaden and deepen its relations with Caribbean countries bilaterally and multilaterally,” recently tripling its number of resident embassies in the CARICOM region.

He said the establishment of a resident embassy in Castries would “not only encourage diplomatic relations between Argentina and Saint Lucia, but will deepen the partnership with the Organization of Eastern Caribbean States as well, especially in areas of mutual interest for our societies.”