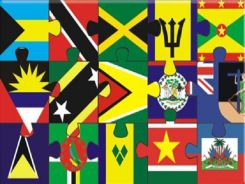 The leaders of Guyana and St. Lucia have congratulated Prime Minister Dr. Timothy Harris and Team Unity on their victory at the polls.

In his message, President of Guyana, Donald Ramotar said he looked forward to strengthening relations between both countries.

“I also look forward to our collaboration at the regional, hemispheric and international levels for the betterment of the peoples of the Caribbean Community.”

“These are trying times in which we live and it is only by cooperation that small island states like ours can succeed. There are major economic and financial decisions to be made in the weeks ahead.”

“These decisions will require that we all work closely together for the collective benefit of our citizens. We have to be each other’s keeper,” he added.

Anthony said Prime Minister Harris has had the benefit of ministerial experience “and I am positive this will serve him in good stead as he enters this new phase of his political journey. I wish him well in that regard.”

“I also wish to wish to thank former Prime Minister Right Dr. Denzil Douglas, to whom the people of the Federation of St. Kitts and Nevis entrusted their well-being for nearly twenty years. Former Prime Minister Douglas gave outstanding service to his country and to the region.”

Anthony said that while the players may be different, the task of governing continues “and I call upon all concerned to work together so that St. Kitts and Nevis and our region can continue our strides towards the prosperity of our peoples.”