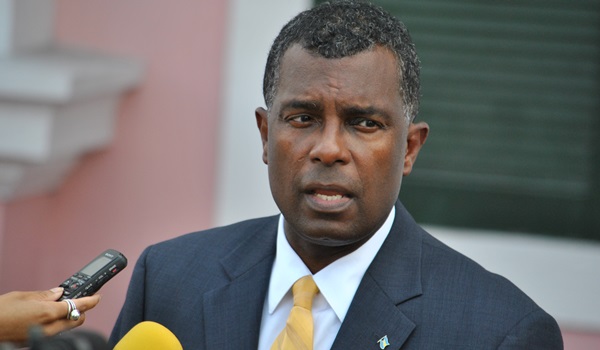 Minister of Foreign Affairs Fred Mitchell suggested yesterday that the United States has a “sometimes aggressive and intrusive” foreign policy, and the government has encouraged U.S. officials to work in partnership “behind the scenes” on issues in The Bahamas to avoid what he referred to as unnecessary responses in the public.

However, the minister claimed that is “just the way [the U.S.] operate their business”.

On Thursday, U.S. Chargé d’Affaires Lisa Johnson said while the government’s efforts to better regulate the water sports industry in The Bahamas are a step in the right direction, it will require more focused attention before the embassy lifts its warning on jet ski operators.

Mitchell said people should not get their “noses out of joint” on the matter.

Cox opined that some of the public discourse is motivated by politics.

It was unclear if he was referring to Johnson.

“We have advised them in the past that it is better, if there are issues that need to be resolved, to work in partnership and behind the scenes because all it does is cause unnecessary responses in public, which are to no one’s good,” Mitchell said.

“But they conduct their affairs as they see fit; free country, so, they can do what they want.

“But we have a responsibility to act responsibly in our best interest first.

“Obviously Bahamians are free to respond if they dislike or don’t accept the comments.

“That’s fine too. But I just want it to be done in a responsible manner.

“The most important issue is the underlying problems, [and] that we address them in a systemic way; in a balanced way and in the greater, best interest of our country.”

The U.S. warning came after the alleged rape of an American tourist on a cay off Cabbage Beach.

In her response to the matter, Minister of Transport Glenys Hanna-Martin said the man charged with the rape does not have a license to operate a jet ski.

On Tuesday, the minister announced measures intended to demonstrate that serious attention is being directed at the concerns.

Johnson said the fact that the man charged last week with raping an American tourist was not licensed to operate a jet ski is “irrelevant”.

“There are some additional regulations that need to be done for the sector, but I do not believe in a kind of collective punishment for example – that everyone should suffer for the sins of one or two people,” Mitchell said.

“The underlying issues are being resolved”

According to the U.S. Embassy, five U.S. citizens were allegedly sexually assaulted by jet ski operators in the last year and a half.

The embassy characterized the industry as “loosely regulated”.

The embassy has forbidden its employees from using such services.