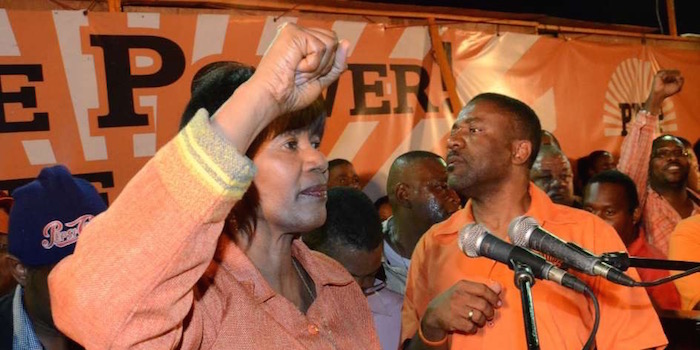 Jamaicans will go to the polls on February 25 to vote in the country’s 17th general election. Nomination Day will be Tuesday February 9.

Parliament is to be dissolved on Friday, February 5.

Prime Minister Portia Simpson Miller announced the dates at a mass meeting in Half-Way Tree, St Andrew, Sunday evening, bringing to an end months of speculation about the date for the election.

“If you want keep Jamaica moving up, stay with the Peoples National Party,” Simpson Miller said. “One good term deserves another.”

Unlike Jamaica Labour Party Leader Andrew Holness who used the prelude to the big moment in Mandeville four years ago to talk about bitter medicine, Simpson Miller painted a picture of the People’s National Party (PNP) being on a mission to increase jobs, create economic growth and reduce poverty.

“Our country was in a bad place. There was confusion and despair …. We took over a country in deep deep trouble,” she said before declaring the election date.

The PNP won 42 of the 63 seats in the House of Representatives in the December 2011 election.

The PNP’s slate of candidates, which was presented this evening, includes 21 first-timers, 13 women and six persons who have run unsuccessfully in previous general elections.

Simpson Miller had put the country on election watch last year, but at a meeting in Black River, St Elizabeth, in late November, said Jamaica would not go to the polls before the publication of the latest voters’ list.