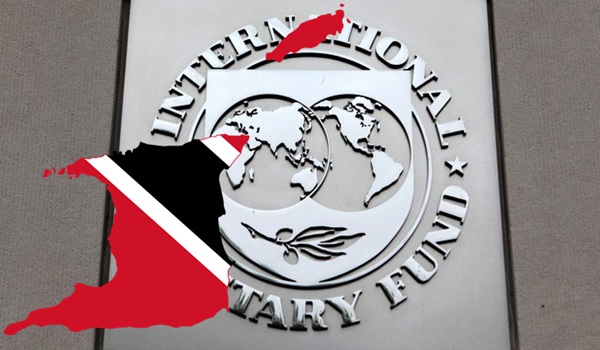 The Trinidad and Tobago government says it will not enter into any structural adjustment program with the International Monetary Fund (IMF), but defended its decision to have advisors from the IMF and the World Bank assist it to deal with reviving the economy of the oil-rich, twin-island republic.

Finance Minister, Colm Imbert, speaking in Parliament, on yesterday, said “we are not in any standby arrangement and, under this PNM (People’s National Movement) administration, under the leadership of Dr. Keith Christopher Rowley, there will be no standby arrangement with the IMF.”

Opposition legislators have criticised the eight month old government of seeking to hoodwink the population and enter into an agreement with the Washington-based financial institution, as the country deals with a significant decline in revenue, as a result of the drop in oil prices on the world market.

Last weekend, the leader of the Movement for Social Justice (MSJ), David Abdula, described as “an amazing indication of the abject failure” the decision of the government to seek the assistance of the two financial institutions in dealing with the sluggish local economy.

“It’s an indication that he’s (Imbert) unsure of what he’s doing and if that is an indication of that, then that contributes to the lack of confidence, generally, in the economy,” Abdulah said.

Last week, Imbert told reporters that teams from the two Washington-based financial institutions were here, assisting the Rowley administration saying “we have made arrangements for experts, primarily from the World Bank but also from the IMF to give us advice on a number of pressing matters.

“The first one would be an appropriate oil and gas fiscal regime in the current environment of low oil prices and declining production in our oil and gas fields.

“One of the things we need to do at this time, with low oil prices, is to model a fiscal regime that would achieve two objectives which are quite often contradictory and one is to maximise revenue for the government.”

Imbert, who led a delegation to Washington for talks with the financial institutions there, said the new regime would also be to “provide incentives to oil companies”.

Imbert defended the decision to establish the new regime, telling legislators “multi-national companies charge expenses in their head office which are unreasonable and thereby deprive Trinidad and Tobago of revenue.

“So this much reviled and hated IMF…will help this country to design a competitive oil and tax regime, which will boost revenue for Trinidad and Tobago and assist us with transfer pricing, which will allow us to earn as much revenue as we can from the multi-nationals.”

He said the IMF assists countries all over the world and accused the opposition of wanting to “frighten people for absolutely no reason”.

Imbert told legislators that regarding the composition of the Economic Advisory Board “we made sure to bring as many diverse views as possible because the PNM is all inclusive.

“We have people on the right, people on the left, people in the middle, we have trade unionists, we have businessmen, we have academics, all together in one creative beautiful mixture.”

In its latest economic bulletin released here, the CBTT said that domestic real gross domestic product (GDP) is projected to contract by close to two per cent, as a result of forecast declines in both the energy and non-energy sectors.

It said year-on-year inflation is forecast to settle around its 10-year average of six per cent, given the impact of the widening of the value added tax (VAT) base on food prices while the unemployment rate is expected to rise marginally to 4.1 per cent.

Meanwhile, dismissed Central Bank of Trinidad and Tobago governor, Jwala Rambarran, today, said he expects there to be more layoffs as the country deals with the downturn in economic growth.

“We see every week layoffs…further retrenchment…so the job losses are happening,” he said, telling television viewers that “strange enough, that is happening in a period where you have had significant slack in the labour market.

“Our labour market is an area that needs significant reform,” he said.