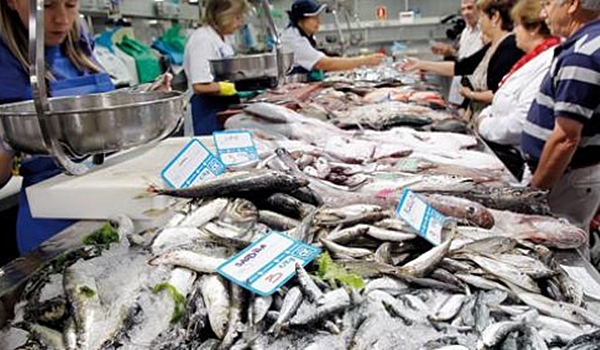 The Caribbean Regional Fisheries Mechanism (CRFM) hosted a working group meeting in Belize City from 9 – 10 January 2017, to advance the implementation of a risk insurance facility for fishers in the region.

When fisheries ministers from CRFM member states met in the Cayman Islands in October 2016, they reviewed the progress made towards the activation of the Caribbean Ocean Assets Sustainability faciliTy (COAST). This week’s working group meeting, which the CRFM is facilitating in collaboration with the US Department of State, will aid in the selection of a representative sample of Caribbean countries in which the initiative will be piloted.

The purpose of this week’s meeting is to chart the steps necessary to qualify a pilot country (or pilot countries) to purchase the COAST insurance product from the Caribbean Catastrophe Risk Insurance Facility Segregated Portfolio Company (CCRIF SPC) before the start of the hurricane season on June 1, 2017.

The CRFM noted, “The COAST insurance scheme will offer an opportunity for countries to buy insurance to help protect their fisheries sector, and hence their food security, from severe weather while promoting resilience to a changing climate and encouraging the conservation of marine environments.”

According to Julia Duncan, who serves in the Secretary of State’s Office of Global Food Security, COAST will provide 180,000 fisherfolk and associated industries in the Caribbean access to insurance for losses from severe weather. Duncan said that Jamaica has already expressed interest in COAST, which is also supported in principle by the Council for Trade and Economic Development (COTED), the Caribbean Disaster Emergency Management Agency (CDEMA) Ministerial group, and the Caribbean Network of Fisherfolk Organisations (CNFO), in addition to the CRFM.

The COAST initiative is being implemented within the context of the Caribbean Community Common Fisheries Policy (CCCFP), which provides a useful framework for considering the requirements for country-led, climate-smart food security strategies in the fisheries sector.

The CRFM is the lead implantation agency for Caribbean states. The regional fisheries body is uniquely positioned to lead efforts to verify country-led plans and support the implementation of best practices for climate-smart food security in the fisheries sector. International organizations such as the United Nations Food and Agricultural Organization (FAO) and The Nature Conservancy are lending their technical support. All collaborating agencies were invited to attend the working group meeting.

Joining CRFM Secretariat staff members, US State Department personnel and officials of the US embassy in Belize at the COAST meeting in Belize, are representatives of the World Bank, which has supported CCRIF SPC, a Cayman-based agency serving 17 Caribbean nations and Nicaragua, in the creation of the COAST insurance product.

According to the CRFM, the World Bank also ensures that the project meets the development objectives outlined by the financial donors – the US Department of State – including incentivizing risk reduction and coordinating disaster management.