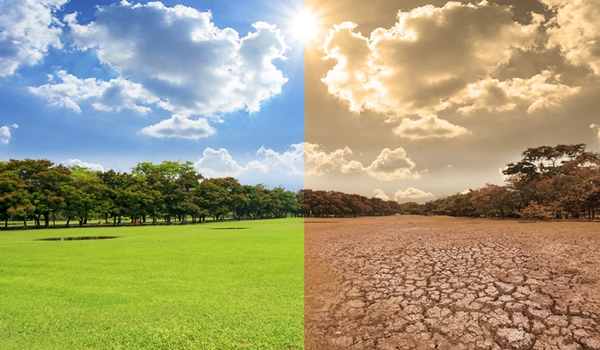 A three-day Climate Change Conference which got underway in Dominica TODAY Wednesday and will conclude on February 03 2017 is aimed at seeking ways to better address the issues of climate change.

The workshop is being hosted by the Ministry of Foreign Affairs and CARICOM Affairs and is being held under the theme “Rethinking Development Options for Building Resilience for Prosperity in Small States.”

Speaking at the opening ceremony, which was held at the State House Conference Room, Senator Baron mentioned that if Dominica as a country is to survive in this new environment, there must be a change in which the country does business.

“Climate Change not only threatens the environment, but it potentially affects global security and economic prosperity…we must therefore adapt and find ways to improve our resilience,” she stated.

Senator Baron says she has no doubt the world recognizes that tackling climate change has now become a top foreign policy priority.

“A fact which was expressly recognized by a new independent study which warns that problems exacerbated by climate change included food insecurity, competition for water and land, migration and displacement could leave fragile states unable to provide for their citizens,” Baron noted.

She also explained why her Ministry is the one hosting such a conference.

“The fact that it has been organized by the Ministry of Foreign Affairs reflects the reality that much of the focus of small States is directed outwards at the establishment of partnerships with individual countries, multilateral agencies and with international civil society entities,” she said.

The Caribbean Center for Renewable Energy and Energy Efficiency, the University of Birmingham, England and the Secretariat of the Organization of Eastern Caribbean States (OECS) are among partners for this Climate Change Conference.

Baron revealed that over the past two days the Ministry of Foreign Affairs has had “insightful, candid and informative” discussions with other aligned Ministries with the participation of their overseas partners.

“It is important as we forge ahead with our resilience building agenda that there is greater coordination and interaction between our representatives overseas and those responsible for the implementation of domestic policies,” Senator Baron stated.

She mentioned further that the interaction with the overseas representatives will serve to strengthen joint approaches and build cohesion.

The Ministry of Foreign Affairs and CARICOM Affairs will host a panel discussion on the topic “Climate Change: Challenges and Opportunities for Small Island Developing States” at the Fort Young Hotel Conference Room on Thursday the 2nd of February, 2017 from 7.00.p.m to 9.00.p.m.

The presenters will be: Dr. Albert Binger from the Caribbean Center for Renewable Energy and Energy Efficiency, Professor David Dunn from the Department for Political Science and International Studies, University of Birmingham, England and Mr. Chamberlain Emmanuel, Head of Environment at the Secretariat of the Organization of Eastern Caribbean States (OECS).

The general public is invited to the panel discussion.

A session will also be held with the Dominica Bar Association on the topic “The Practice and Application of International Law” on Wednesday afternoon.