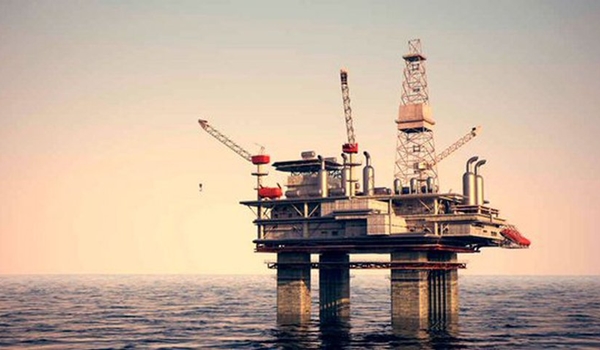 Director of Energy, Dr Mark Bynoe, this morning, announced that the Stabroek Block Operator ExxonMobil has made its 11th and 12th discoveries offshore Guyana at the Tilapia-1 and Haimara-1 wells in the southwest section of the Stabroek Block.

The Tilapia-1 is the fourth discovery in the Turbot area that includes Turbot, Longtail and Pluma discoveries. Tilapia-1 encountered approximately 305 feet (93 metres) of high-quality oil-bearing sandstone reservoir and was drilled to a depth of 18,786 feet (5,726 metres) in 5,850 feet (1,783 metres) of water. The well is located approximately 3.4 miles (5.5 kilometres) west of the Longtail-1 well, Dr. Bynoe disclosed.

UNITED States oil giant ExxonMobil has reportedly discovered oil in two of its recently drilled wells, a top source at the company told the Guyana Chronicle on Tuesday.
The source based in the U.S. said that the official announcement of the finds would be made later this week. The official would not go into details about the discoveries, but related that substantial commercial quantities were found at the Tilapia-1 and Haimara-1 wells.

The Guyana Chronicle was unable to confirm the find with Director of Energy Dr Mark Bynoe as calls to his phone went unanswered. Several senior government officials also declined to comment and referred this newspaper to the Department of Energy.
Exxon’s local subsidiary, Esso Exploration and Production Guyana Limited (EEPGL) late December had announced the beginning of a three-month drilling operation on January 5, 2019 at the Tilapia-1 well site within the Stabroek Block. Tilapia-1 is located 3.4 miles (5.5 kilometres) west of the Longtail-1 well. Eleven vessels will be involved in this operation: Noble Tom Madden, M/V Cat Island, M/V El and, M/V Oryx, Clarence Triche, Liam J Mc Call, Paradise Island, Sanibel Island, Horn Island, Robert Adams and Jack Edwards. The drill site the company had said then was approximately 111.4 nautical miles from the coast of Guyana and covers an area of one square kilometre.

Additionally, on January 2, 2019, EEPGL began a three-month operation at the Haimara-1 well site. The Stena Carron drillship was deployed for this operation and was supported by the same vessels being used for the Tilapia-1 well. Back in December 3, 2018 Exxon had announced its 10th discovery offshore Guyana and increased its estimate of the discovered recoverable resource for the Stabroek Block to more than five billion oil-equivalent barrels.
The resource estimate, up from the previous estimate of more than 4 billion oil-equivalent barrels, is a result of further evaluation of previous discoveries and includes a new discovery at the Pluma-1 well, the company said in a statement.

“The discovery of a resource base of more than 5 billion oil-equivalent barrels in less than four years is a testament of our technical expertise and rigorous evaluation and pursuit of high-potential, high-risk opportunities in this frontier area,” said Neil Chapman, ExxonMobil senior vice-president. “We will continue to apply what we’ve learned to identify additional exploration prospects and potential future discoveries that will deliver significant value to the Guyanese people, our partners and shareholders.”

The Pluma-1 well encountered approximately 121 feet (37 metres) of high-quality hydrocarbon-bearing sandstone reservoir. Pluma-1 reached a depth of 16,447 feet (5,013 metres) in 3,340 feet (1,018 metres) of water. The Noble Tom Madden drillship began drilling on Nov. 1. The well is located approximately 17 miles (27 kilometres) south of the Turbot-1 well. The Noble Tom Madden will next drill the Tilapia-1 prospect located 3.4 miles (5.5 kilometres) west of the Longtail-1 well. “Together with the Government and people of Guyana, we are continuing to grow the value of the Stabroek Block for Guyana, our partners and ExxonMobil with successful exploration investments,” said Steve Greenlee, president of ExxonMobil Exploration Company. “Our ongoing work will evaluate development options in the south-eastern portion of the block, potentially combining Pluma with prior Turbot and Longtail discoveries into a major new development area.”

The Liza Phase 1 development is expected to begin producing up to 120,000 barrels of oil per day by early 2020, utilising the Liza Destiny floating storage, production and offloading vessel (FPSO). As previously announced, Liza Phase 2 is expected to start up by mid-2022. Pending government and regulatory approvals, Liza Phase 2 project sanction is expected in early 2019 and will use a second FPSO designed to produce up to 220,000 barrels per day. Sanctioning of a third development, Payara, is also expected in 2019 with start up as early as 2023.

Director of the Department of Energy Dr. Mark Bynoe , at the time had said: “This is great news for Guyana…the country is on the cusp of transformational development for current and future generations, and the news of ExxonMobil’s 10th discovery offshore Guyana is expected to facilitate the country’s realisation of substantial social and economic improvements.”

In his recent budget presentation, Finance Minister Winston Jordan had said that the discovery of very significant oil reserves has put Guyana at a critical point in its history, “providing us with the opportunity to shift our development path, modernise our economy and transform the lives of our citizens. We are poised for rapid economic expansion, and our government is committed to pursuing economic and social policies conducive to equitable, sustainable and environmentally friendly growth.”

Jordan noted that the government has embarked on a number of initiatives to ensure that “we do not squander these resources.”

He said that in order to capture the full benefit of our new-found wealth, “we must chart a course of development that is diversified, inclusive and sustainable. This is why we have embarked on the development of the Green State Development Strategy (GSDS), a comprehensive document of strategic actions, policies, projects and programmes to guide our development trajectory over the next 20 years.

The objective is broader than Guyana‘s past development strategies and captures a more holistic view of social, economic and environmental well-being, which is in line with the United Nation‘s Sustainable Development Goals (SDGs). In particular, the strategy aims to foster sustained economic growth that is low-carbon and climate-resilient, as well as promote social cohesion, good governance and careful management of our finite natural resources.”